The Art of Sensitive Boys

What are Sensitive Boys?

Sensitive boys are the ones at tee-ball who spends their time building bird nests and telling the outfielders all about their pet guinea pig.  The boys at the library who shun comic books in favor of a story of a lost baby ducky.  Boys who cry when they accidentally touch their Elf on the Shelf because they want him to come back.

Sound familiar? Sensitive boys on the surface may just be labeled as emotional, but in reality they have distinct characteristics that differentiate them from others.  These are the boys who feel emotions so strongly, they stick with them for week and even months.  These are the boys whose defining life moments are centered around how they felt.  They tend to bring up memories from years ago that just won’t let them go (especially unpleasant memories).

Numerous studies have suggested a relationship between emotional intelligence and IQ.  Many sensitive boys find themselves constantly processing their environment, quickly and constantly, like a scanner that never stops.    This can impact their need for approval, but usually only from people they trust deeply.  Sensitive boys, contrary to most peoples’ opinions, do not constantly seek out approval from every adult, friend, and stranger in their lives.  Instead, they tend to seek affirmation and agreement from someone they have never doubted.  They seek this from someone they can depend on no matter what. 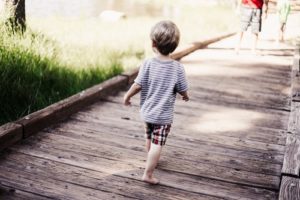 If only being a sensitive boy were easy and gave an automatic creative edge! Instead, these kids carry around with them the weight of their own emotions, the way they have impacted others, the situations they couldn’t control, and their desire for the future to be safe and secure.  With this constant stone around their necks, it comes as no surprise that anxiety and worry can plague a sensitive boy.

For parents of sensitive boys, it is imperative to learn some easy tips on cultivating their uniqueness and promoting a sense of self efficacy:

Mothers of Sensitive Boys – Go Easy on Yourself!

As a parent of a sensitive boy, you can also experience intense guilt and worry about your son and your own parenting.  Common worries are that something is wrong, they don’t fit “the mold,” you aren’t raising them the right way or meeting their unique needs, etc.  Giving yourself permission to do things differently and not feel the need to meet others’ expectations is a priority! Who decided that rough and tumble, violent video games, and army toys, were “boy toys?”  Do you want your husband to be rough and tumble and have anger and violence as his only tool when interacting with you and your kids?

Conquer your fears of not matching our society stereotypes. Be free to parent based on your own son’s unique needs.  Do not be afraid to be involved and to be the one at the school all the teachers know by first name.  Feel no fear in advocating for your son. Most of the time, mothers are hardest on themselves.  Give yourself permission to have a boy who is different (it is WAY BETTER!). Stop worrying about what that means for him in 20 years.

The Blessing of Sensitive Boys

Having a son who is sensitive is a blessing to every mother. Having a mother who treasures a sensitive son will help him blossom into an emotionally gifted, intelligent man.  Seek out the small everyday gifts that sensitive boys offer and revel in them. Point those gifts out to yourself and to your son. Make it the crowning achievement of your day that you understand the importance of splashing in EVERY mud puddle.  After all, even mud puddles have feelings! 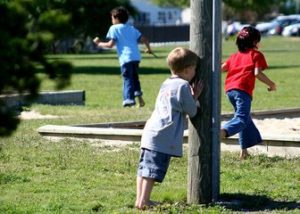