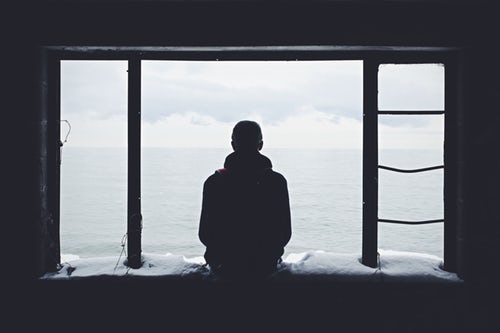 June is a quiet but powerful representative for people who are hurting. She was raised in a classic alcoholic family, complete with closets full of family secrets, unrealistic expectations, and frightening rides home in a vehicle swerving off the road. Her lifeline has been marked by multiple traumas and tragedies, including the premature death of a parent, years of sexual abuse, and several life threatening acute and chronic medical conditions.  June has been thrown into a valley of fear, loss, and terror more times than can be tracked, and yet at every turn she continues to be fiercely independent and self-sacrificial at the same time. She credits some of her resilience to the model of her father, who never gave up riding horses and being self-sufficient after losing his leg and suffering significant medical trauma following a vehicle accident.  She also believes learning resiliency would not have been possible without going through abuse as a child. June acknowledges that while she was provided with some basic mental health assistance during her childhood traumas, she also was subject to the bare minimum due to financial capacity. Despite continued traumas at the hands of medical professionals as an adult, including ongoing electroshock therapy that produced no positive benefits and only served to further her torment, June has grasped onto glimmers of hope throughout her journey.  She vividly recalls a mental health professional who allowed her creative expression through art and music, to be able to articulate in some way the pain she was suffering.  She remembers learning to appreciate what she has and the value of hard work from her mother.  She has used exceptional talent in music as an undercurrent throughout her life, to buoy her from drowning. Most importantly, June has not only retained her sense of individuality through it all, she has also allowed herself to flourish.  She has come to treasure her many strengths and uses them to light a way for others who, like herself in the past, are so far immersed in their own darkness they see no hope for a future.  Even in the midst of a current battle with Stage 3C cancer, she continues to be a silent pioneer for the idea that kindness matters.  June has used her turbulent life experiences to propel her into the mental health field in a professional capacity, and she shares her insight and knowledge through a calm and unconditional partnership with others.

Thanks to the sale of a family bicycle and true tenacity, Faith was able to escape the ravages of a war torn country and relocate to the United States as a young child.  She was born in Finsterwalde, Germany in her grandparents’ apartment. World War II changed every aspect of her young life, including Hitler’s conscription of her father into the German army and her father’s death in a hospital soon after.  Faith was left with no options and a family who knew the danger inherent in staying in her homeland.  Leaving behind Germany and all that she had known to that point, Faith journeyed across the ocean to America with her mother, in hopes of a safe future.  She remembers the pain of seeing her father’s bakery, once the source of family livelihood, standing empty and dejected following his conscription.  She vividly recalls her travels on a transport ship where “family” and “vegetables” were her only known English words.  At the age that most children are playing hide and seek and learning how to roller skate, Faith was living among relative strangers and discovering where she would fit in this new world.   Instead of nourishing seeds of grief and betrayal, Faith reminisces about the exhilaration she felt at learning English and studying to become a citizen.  She candidly states “they made the mistake of teaching me English, and I haven’t shut up since.”

Faith embodies the pioneer spirit.  She is a strong loyalist, with a sense of self cemented in her German roots and nourished by American patriotism.  From her groundbreaking work as the first female ad marketer in a nostalgic western town, to her role as 4th of July parade announcer, Faith is an icon in every way.  She connects with others instantly, is sparklingly beautiful, and even in her later years exudes vivacity.  She has never slowed down in her quest to live a full life, and she carries her heritage with her through her perseverance and determination.  In an era when the past is easily forgotten and few stand for anything, Faith is a loudspeaker for true devotion to a cause.  She has used the destruction of her youth as a catalyst to rebuild a future full of life, meaning, and resilience. 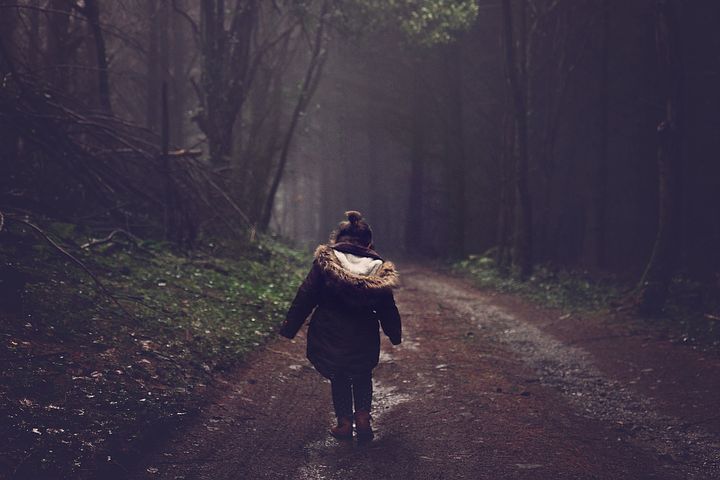 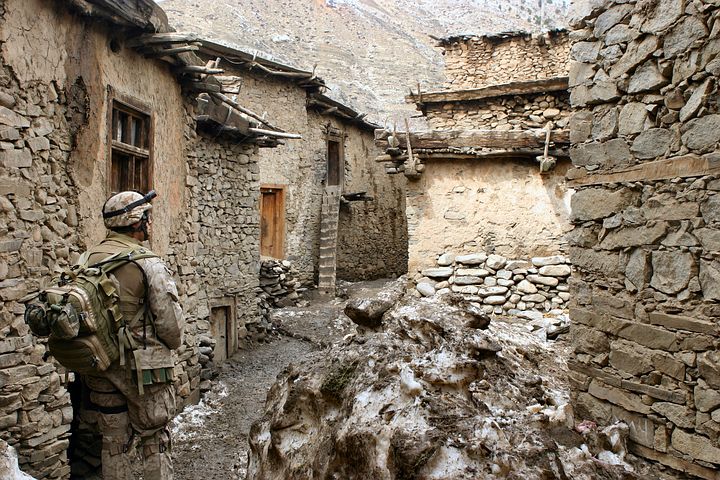 Alexander is a warrior, in every sense of the word.  He has fought through abuse, abandonment, and served his country with his life and his wellbeing.  He willingly sacrificed the best parts of himself to fight overseas for our nation’s freedom, in turn giving up his own freedom to peace and tranquility.

Alexander suffered immense disability overseas, including a traumatic brain injury and spinal trauma due to a detonation of an IED. His most painful injuries, however, are the ones he harbors deep inside. During his deployment, he experienced the brutal side of humanity in ways that continue to haunt his waking and sleeping hours – leaving him no way to escape. During his childhood he was brutalized in other ways, that have left an irrevocable mark on who he is.  Alexander has even faced (and overcome) thoughts of suicide as a way to end his mental and physical torture.

True grit is a learned behavior.  No one is born with it, but it is born out of never giving up.  It is a function of picking one foot up after another, moving forward no matter what is dragging behind, and finishing the mission even when it is impossible. Alexander exemplifies true grit in every sense of the word, and he is the first to admit his mission is far from over.  His very realness and ability to speak truths that others are too paralyzed to share makes him an inspiration.  Resilience can be found in the dark and dusty corners of nightmares, in the liquid heat of abandonment, and behind the oppressive weight of sacrifice. Alexander has encountered his own resilience in thousands of unexpected ways, and he is a beacon to others for never giving up.

Anne is a survivor.  She has bounced back from decades of abuse, heart breaking losses, and even chronic illness that she was told would change her forever.  She has navigated the storms of many relationships and fought through immense sorrow to regain her personal power.  Anne acknowledges that this was stolen from her, and in many ways she knows she willingly gave it up to others – hoping for unconditional love in exchange. She talks about her wisdom that was earned through pain and perseverance as if it was a new coat she put on after realizing it was cold one day.

Years ago, Anne had the dream that many women do – a loving marriage with healthy kids.  However, life threw curveballs at her that devastated this dream.   Through a broken marriage and severe psychological abuse, she was exposed to a bitter reality that left her fragmented and alone.  Anne recounts that she lost everything in the aftermath of this relationship  – her marriage, her bond with her children, and her entire sense of self. She was ostracized by family and friends and left broken with no hope.  Anne spent countless days and nights just trying to keep breathing – always with a focus on her children needing her.  She recognizes the anguish of having to wait until her children were old enough to escape manipulation themselves before damaged relationships were mended.   Anne also suffered from extreme physical illness, incapacitating her at times with pain. Doctors fed negative outcomes into her as nourishment, building her up to expect an early death after years of disability.

In the midst of ashes, Anne became a phoenix.  She recalls one incident as a catalyst that lit a fire to do more than survive.  Anne used her pain and desolation as fuel to become an expert healer.  She turned loss of power and decades of manipulation into a thirst for personal fortitude.  She swam through the waters of loneliness and came out on the other bank, her bond with her children intact and stronger than before. Anne appreciates that without the devastating losses in her life, she would not have the knowledge and expertise to help others that she now possesses.  She is genuine, empathetic, and unconditionally cares for others – a miracle of resilience given the roads she has been forced to walk in the past.   Anne has created a new reality in her life and the life of her children, and she has become strong enough to give herself the unconditional love that she sought from others for so long. 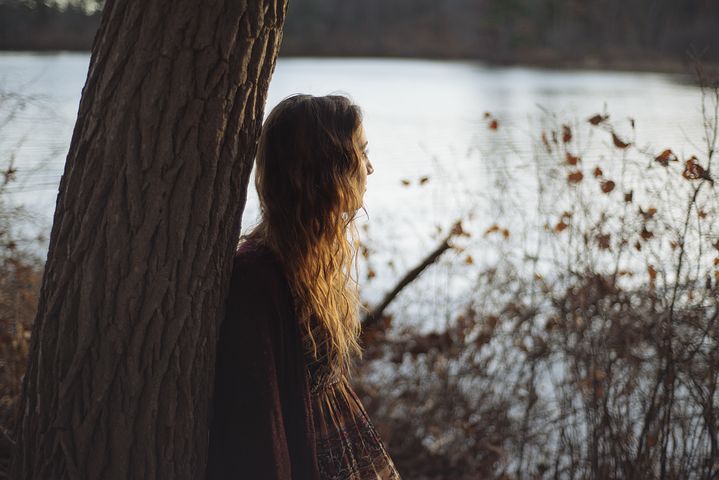 Enter your contact information to receive our FREE resource on helping your children conquer their fears!

Are you a parent, caregiver, or teacher who needs to learn how to help children manage and overcome their fears? If you are searching for a resource that will help you better understand children's fears, empower them to overcome these, and provide real-life coping strategies for conquering fears, this resource is the one for you!  *Please read our privacy policy before signing up*

Success! This resource is now yours!

Do you want to be the first to know when this resource is available for purchase? Enter your details below, and we will notify you when it is ready!

Success! You are now signed up!

Are you as excited about the Pesky Pickle as we are?! Enter your information below to be put on our notification list, and we will send you an email when he is available for purchase!

Success! You are now signed up!